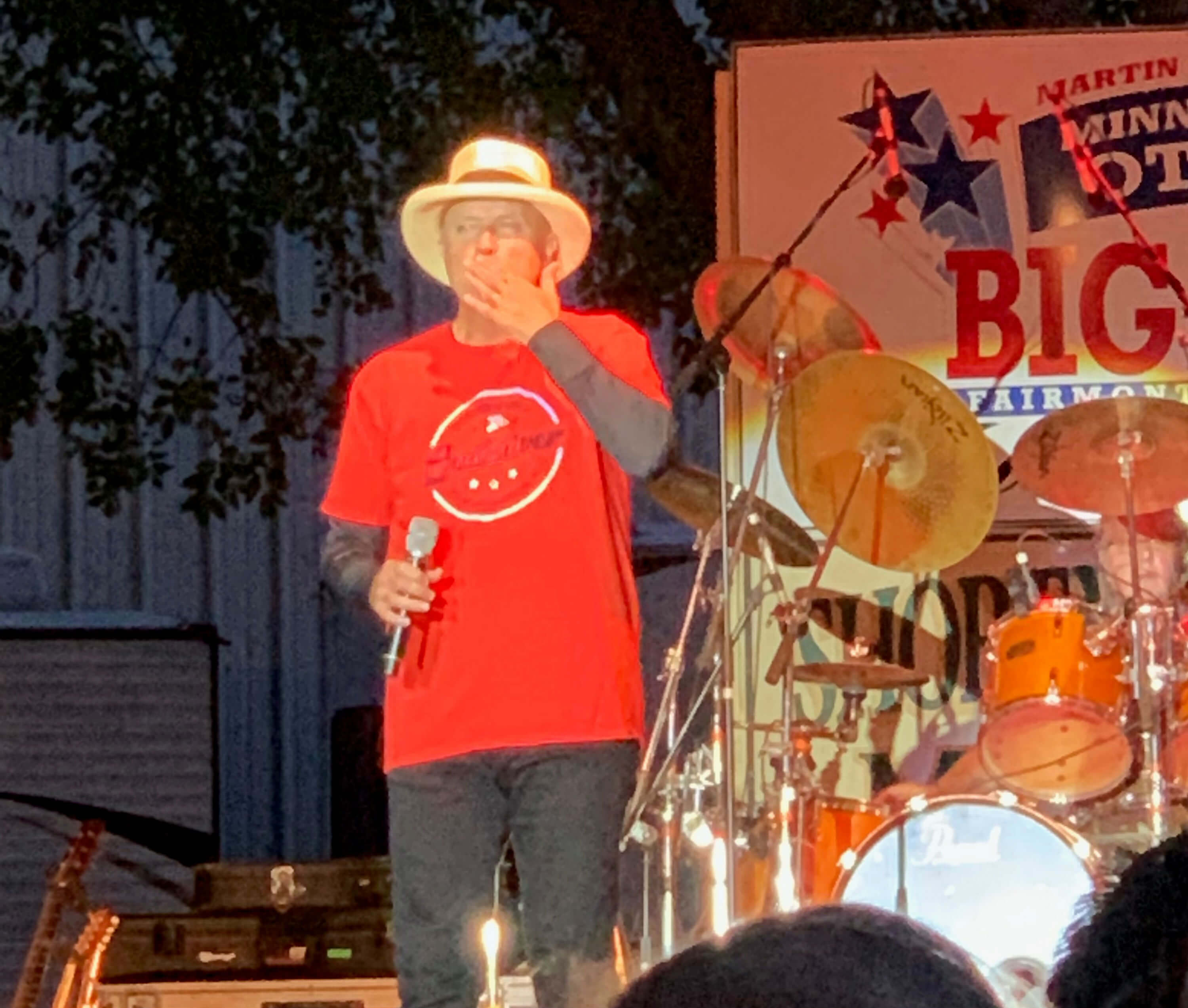 Nutra Blend has been in the feed business for more than 40 years supplying companies, like CFS, with ingredients and premixes in our feed mills. In April of 2014, employees Merlyn Kruger, Marcy Thisius and Sue Bay attended a feed symposium held by Nutra Blend. During this event, NB introduced a brand-new initiative called The Drive to Feed Kids.

One out of every five kids in the U.S. is food insecure, which means that aside from school, they do not know where or when they will get their next meal. Weekends, holidays, and summer break create periods of worry, uncertainty, and hunger to millions of kids across the United States. To help combat this issue, independent groups across the country have put together “backpack” programs. These programs assemble meals, place them in backpacks, and deliver them to kids in need as they leave school every Friday. They are not a nationally-funded program. Their programs rely on donations, and unfortunately many are underfunded.  The majority of the programs are run by churches, community organizations, and volunteer groups, all who have a passion to help kids.

The Drive to Feed Kids was developed by Nutra Blend to help raise money for backpack programs. We work with our customers to help financially support and organize fundraisers with all the proceeds going to buy food for the backpacks that feed hungry kids living in the community where our customers live and work. Nutra Blend also contributes directly to these funds through a program that gives back a portion of every dollar spent by customers buying ingredients and premixes from us.

After the symposium, Merlyn Kruger, CEO felt that we should research the statistics in our rural community. Surprisingly, they were very accurate. These results led us to Heaven’s Table to see if we could work out a test program for a local backpack food program. In August 2014, the first fundraiser was held in the Fairmont Five Lakes Center parking lot with a free meal, and a silent auction inside the mall. Nutra Blend continued to expand on The Drive to Feed Kids campaign as well and brought a couple of well know faces to spread the message. Mark Miller, the lead singer of Sawyer Brown, is the current spokesperson.

How does a well-known county singer get involved with a backpack food program? After writing and producing faith-based feature film, “Ring The Bell,” Mark Miller was approached by Nutra Blend executives about the possibility of making family films that were dedicated to educating consumers about modern agriculture and its role in providing a safe, affordable, and sustainable food supply to a growing population as well as promote a truthful, fact-based positive image of the agricultural community as a whole. Being from a farm family, Mark was eager to use his voice and platform to aid the agricultural community in any way he could, which included writing and producing two films backed by Nutra Blend titled “Ivy League Farmer” and “Where the Fast Lane Ends.” Mark’s involvement with NutraBlend led to him becoming the spokesperson for the Drive to Feeds Kids campaign to end child hunger in the United States and around the world. Through the Drive to Feed Kids program, more than 21 million meals have been raised for food-insecure children.

When hearing that Sawyer Brown was going to be performing at the Martin County Fair, I quickly reached out to see if there was something that CFS could do to as a fundraiser with Mark Miller. They agreed to a meet and greet on Saturday, August 17th at the Martin County Fair before the soundcheck.  During this time, CFS accepted cash donations with 100% of the money donated to be given to the Martin County Backpack programs.
In the last 5 years, CFS has continued to support area backpack programs with cash donations, matching funds, meat sticks, and stable shelf milk. Along with these donations CFS has also purchased 25 copies of both movies Miller wrote and produced and donated them to area libraries across southern Minnesota. We encourage you to take some time and check them out.