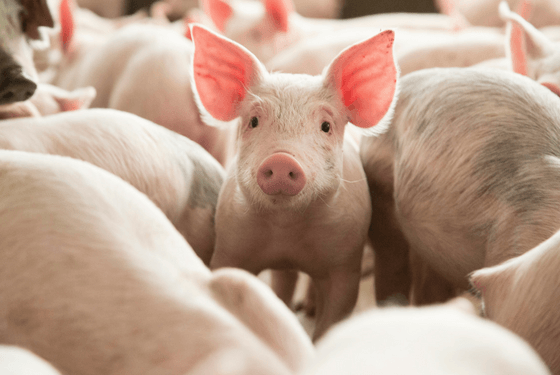 African Swine Fever has opened the door for pork producers to potentially see an increased value in pigs going to market. But with the increase in demand from China, there will also be some increased regulations.  Over the past several months, many of the packers in the Midwest have informed producers that they will no longer be accepting pigs that have been feed Ractopamine (Paylean). Ractopamine has helped producers put more weight on in late finishing and improve efficiency at a time when pigs are the least efficient at converting feed into gain.
Central Farm Service is following suit, with three of our four feed mills being Ractopamine Free, ensuring that pigs feed on these mills will not be exposed to any Ractopamine when they go to the market. However, this will still create a lag for producers, especially as we get into the summer months. To overcome this, we have seen great success utilizing a product called Ambitine. Ambitine has a 2 lb. inclusion and is fed to pigs from 200 lbs. up to market weight. With Ambitine, there is no need to change the ration or increase protein levels as there would be with Ractopamine. Ambitine, a completely natural product,  is a blend of plant extracts and acidifiers. We have seen improvements of around 4% in ADG and 2-3% in feed conversion. The anticipated cost is around $0.50-0.60 per pig, depending on the target market weight.